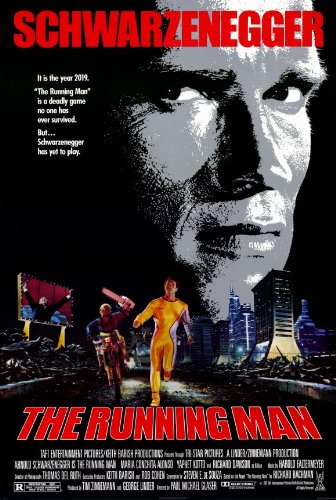 This week’s recast is The Running Man. To quote wikipedia, this 1987 science fiction action film, “…is very loosely based on the 1982 novel of the same title written by Stephen King and published under the pseudonym Richard Bachman.” It stars Arnold Schwarzenegger as Ben Richards, a soldier who is made the fall guy for a government sanctioned massacre. Maria Conchita Alonso does some damage in her breakout role as Amber Mendez, while the rest of this movie is packed with a whole lot of 80’s nostalgia, including Jim Brown, Jesse “The Body” Ventura, and Richard Dawson Richard Dawsoning all over this movie.