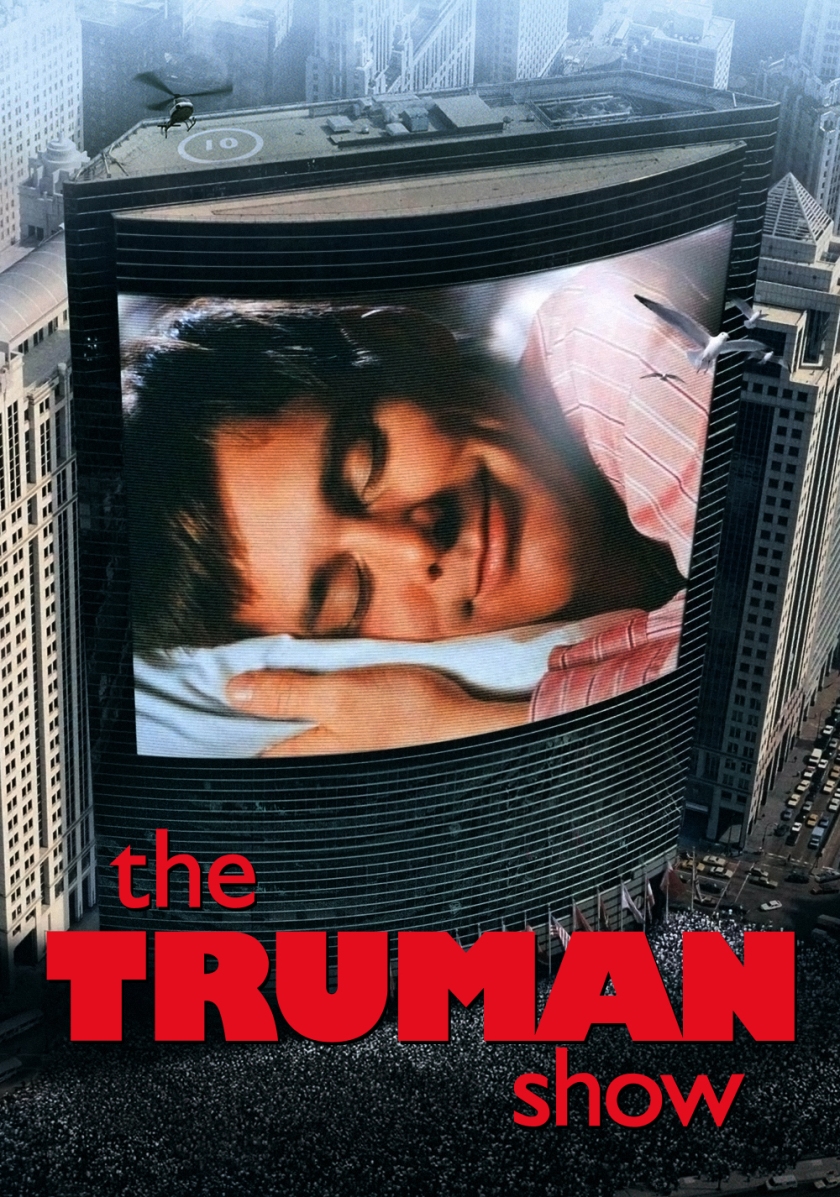 The Truman Show is the 1998 “satirical science fiction film*” (apparently not a drama) that we recast this week. This movie centers around an absolutely perfect performance by Jim Carey, but Ed Harris, Noah Emmerich and Laura Linney all chip in to create an amazing fantasy world that is somehow completely believable at the same time.

For a PG family movie there are some really heavy philosophical questions that this movie asks, and it was originally written as a much darker, serious film. Like, way dark. Apparently it was supposed to be more sci-fi as well, but that changed when they were selecting locations for filming.

In the pod we talk about the passage of time and how the film does not do a good job of communicating how much time passes between events, but apparently the film is written to have taken place over a four or five day span which doesn’t make a whole lot of sense narratively.

One of the interesting facts about this movie are that Ed Harris and Jim Carey never met during the filming, and while that makes a whole lot of sense when you think about it, it also makes you really appreciate the direction and editing because of how it makes it feel like there is a real connection between Truman and Christof.

I’ve also learned that there is an actual psychological condition called “Truman Syndrome” where people believe that they are the subject of some sort of TV show or production. I totally get how someone could develop that, although I can be reasonably certain that’s not the case for me. However, if it was and there were millions of people watching my reality show, and we only had a handful of reviews on iTunes, I’d be really depressed.

Buy the Truman Show on Amazon